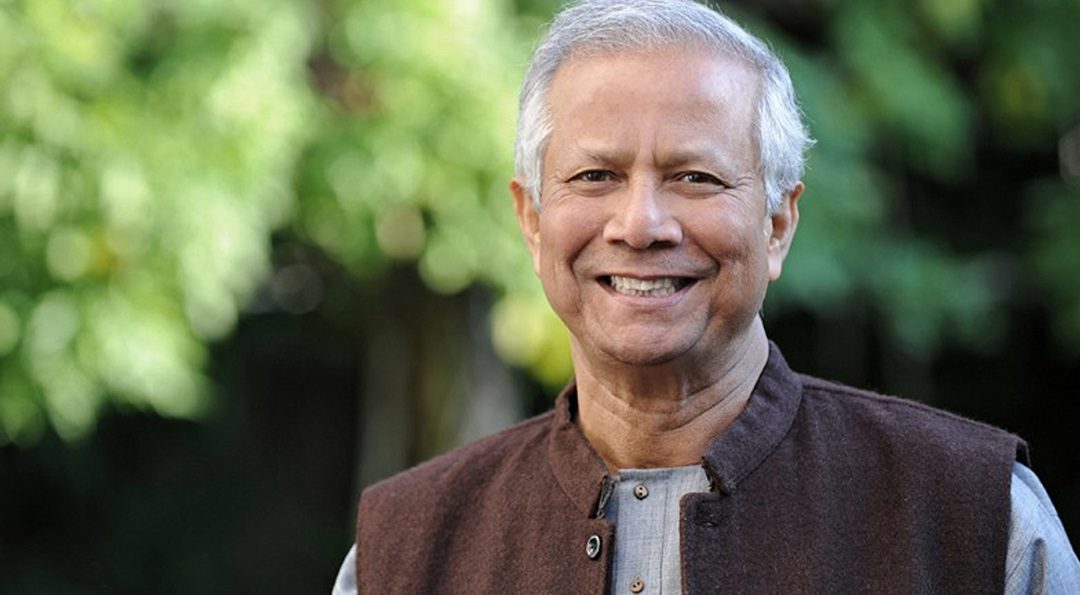 Yunus comes to China? Well, not literally. But his microfinance model is beginning to take root in China at last, thanks to the pioneering work of Grameen Foundation.

Alex Counts, Founder and CEO of the Washington, D.C.–based Grameen Foundation was recently in Hong Kong. I was fortunate enough to be present at his talk to a 150-strong audience at the China Club. I was much impressed by the work of the Foundation especially its effort in promoting microfinance in the poorest parts of China.

Nowadays, most people would have heard of Muhammad Yunus and the Grameen Bank, who were the joint winner of the 2006 Nobel Peace Prize. They might also be aware of the fact that Yunus’ microfinance model has been replicated in many parts of the world. Very few, however, are familiar with the work of Grameen Foundation which has helped accelerate the spread of Yunus’ model across the world.

The creation of Grameen Foundation owed much to the ingenuity and entrepreneurship of a young American Alex Counts.

Alex first heard of Yunus and his Grameen Bank when he was in college, studying economics and the causes of world poverty. At the end of his junior year, he wrote a letter to Yunus and asked if he could come to Bangladesh to spend a year working for Grameen Bank. Yunus’ reply was swift and blunt: you are welcome to come, but you have to bear all your own expenses. So Alex arrived in Dkaha, Bangladesh, in December, 1988, full of wonder, excitement and fear.

Alex has since been a passionate participant observer of Yunus’ microfinance model at work. He immersed himself into the operation of the system and above all, he developed a strong interest in the human impact of the business. Counts became Grameen Foundation’s first Executive Director in 1997, after ten years of working in microfinance and poverty reduction, primarily in Bangladesh.

Counts founded Grameen Foundation with a mere $6,000 in seed capital. This new organization was to play the role of catalyst, channeling human, financial and technological resources in the United States to support the growth of the poverty-focused microfinance movement internationally.

Today, under Counts’ leadership, Grameen Foundation impacts an estimated 20 million lives in Asia, Africa, the Americas, and the Arab World. Grameen Foundation’s annual budget has grown in each year of its existence, from $100,000 in 1997 to over $13 million in 2006, and its breakthrough impact has been chronicled in the Economist and elsewhere.

Grameen Foundation’s global network empowers the world’s poorest people, mostly women, to lift themselves out of poverty through microfinance. Using tiny collateral-free loans (often less than US$200) and other supporting services, microfinance clients build small businesses and new futures for their families.

Alex has propelled Grameen Foundation’s philosophy and approach through his writings on poverty and microcredit for the poor. His latest work, Small Loans, Big Dreams: How Nobel Prize Winner Muhammad Yunus and Microfinance Are Changing the World, was published by John Wiley & Sons in April 2008. He is also the author of Give Us Credit: How Muhammad Yunus’ Microlending Revolution is Empowering Women from Bangladesh to Chicago, which was published by Random House in 1996. The Indian edition of this book was the inspiration behind the establishment of Grameen Koota, a microfinance institution in Bangalore, India, that was serving 110,000 women as of June 2007.

Would It Work in China?

For people in Hong Kong, we have always wondered whether the Yunus model would work in China. On the one hand, we know that the Chinese government has done a lot in eradicating poverty in many parts of the country, which has been a major achievement by world standards. On the other hand, there are still hundreds of millions living in extreme poverty. Despite the much publicized economic boom in recent decades, there are some 300 million people living on less than US$1 per day. Poverty is concentrated in the remote rural areas, away from the well-off coastal cities. There is also the question of whether or not the Chinese government would welcome or allow a ‘foreign’ model to flourish in Chinese soil. Even more fundamentally, would there be Chinese social entrepreneurs who would take up the idea and run with it?

The first step Grameen Foundation took was to search and identify suitable local microfinance institutions which would become partnering organizations. They have identified three such partners and are now supporting them to streamline their mode of operation and extend their loan capacity. The three MFIs are:

Funding for the Poor Cooperative (FPC) With operations in Henan and Hebei provinces, FPC is one of the oldest and largest microfinance organizations in China. FPC organizes women into solidarity groups who guarantee each other’s loans. Many are engaged in agricultural activities such as raising livestock or farming. The organization has been a role model in replicating Grameen-style microfinance across China.

Chifeng Zhaowuda is located in Inner Mongolia. It offers a variety of loans only to women whose household assets are below 10,000 RMB. Approximately 70% of the loan is disbursed in remote rural areas of Inner Mongolia. The remaining 30% focuses on unemployed women in the urban area of Chifeng.

Association for Rural Development of Poor Areas (ARDPAS) – located in the Sichuan Province of western China. This organization reflects the current state of most microfinance programs in China: small, with limited resources and training that could help them to achieve their full potential.

Grameen Foundation is committed to accelerating the development of microfinance in China but they recognize that there is still a very long, long way to go. They are constantly searching for potential partners and are ready to help those organizations who are committed to the Grameen philosophy to develop their organizations.

I would recommend anyone who wants to make a contribution to read at least one book about Yunus and Grameen Bank. You really have to know how it works to appreciate the power of micro-finance in eradicating poverty. To give you a feel for the ‘product’ of microfinance, here is a short summary (in Chinese) of the classical Grameen offering: