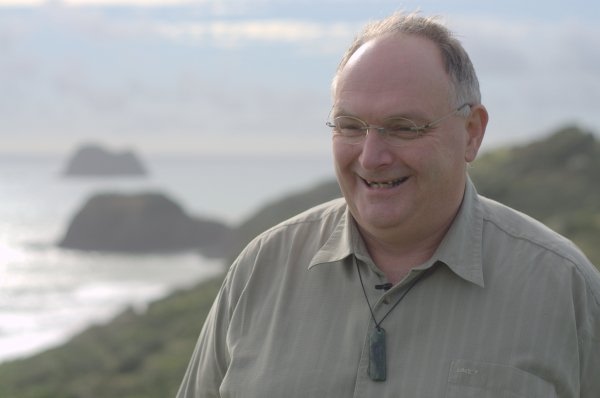 Adopting a Mentor – My Experience with Vivian Hutchinson

In recent years, many organizations in Hong Kong – especially universities – have been introducing a number of mentoring schemes, with experienced people from business, professional and non-profit sectors serving as mentors. I am sure these would benefit the young mentees. In this issue, I would like to share with you my experience with my ‘mentor’ whom I ‘adopted’ some years ago.

I came across the idea of ‘Adopt a Mentor’ about twenty years ago when I was attending a seminar totally unrelated to mentoring. The speaker talked about the potential benefits of having a mentor but what impressed me most was the way he proposed to find the mentor one wanted. He said that one should not wait to have a mentor to be ‘provided’ or ‘assigned’ to oneself – that is what most mentoring scheme does; instead one should actively seek out the mentor that one wanted and just ‘adopt’ this person as mentor. That is to say, the mentor might not need to be someone you personally know, but this person must be someone you greatly admire and should be your role model.

I totally embraced this idea and had adopted a number of mentors at different stages of my career. After my retirement, I thought I might not need mentors any more. But when I came to know Vivian Hutchinson, I immediately felt the urge to adopt him as my mentor. And I am glad I did.

Who is Vivian Hutchinson anyway?

Vivian (who spells his name with a small ‘v’) is by far the most well known social entrepreneur in New Zealand. He is not a social entrepreneur in the ‘conventional’ sense. He did not create any major organizations or social enterprises, but throughout his career he launched a series of initiatives each with a major impact on the local
community and the society at large.

His work has been so inspirational to me that I have devoted a whole chapter of one of my books to describe it (公益創業: 青年創業與中年轉業的新選擇, chapter 6). In fact, it was the contents of this chapter that were instrumental in bringing him to Hong Kong as a Keynote Speaker of the Social Enterprise Summit 2011. (A member of the Summit Organizing Committee read the book and was impressed by what Vivian did and felt that his work and achievements have a lot of relevance and insights for people in Hong Kong.)

Here are some highlights of his work:

When I said I ‘adopted’ Vivian as my mentor, what I meant was that he has been such an inspiration for me that I could feel his presence, and benefit from his advice – spoken or unspoken, even though I might not always have the opportunity to see him in person. In fact, I had sat down in conversation with him for only three times in six years. Indeed, I had not asked him permission to be my mentor; I didn’t feel it necessary at all. But I have
benefited greatly from his mentorship. This is perhaps what mentorship is all about.

Last month I had the unexpected opportunity to work with him on something I was most honoured to do; he invited me to write a Foreword for the Hong Kong edition of his book How Communities Heal. I was just too happy to take up the challenge. Below is the draft I sent him. He edited it down a bit for the book, but I think the readers of this Newsletter might want to read my complete draft.

Foreword to the book

Imagine this: Fifteen of the country’s leading social entrepreneurs coming together a few times a year in a relaxed and tranquil environment: sharing experiences and best practices, joy and frustrations, achievements and setbacks, aspirations and challenges – all under the skillful facilitation of a trusted peer. You would envy them and you would expect miracles to happen. Yes, there are sparks and debates, soul searching and brain storming, laughter and pains, synergy and collaboration, actions and reflections, and many more….

In the end, the fifteen social entrepreneurs become more than friends – they become a unifying force symbolizing a social movement which is harnessing the creativity and entrepreneurship of individual citizens to make the world a better place to live. Each of them gains a lot from the experience, enhances their own practice and deepens their own impact, while at the same time contributing to other’s success.

Too good to be true? This is exactly what the New Zealand Social Entrepreneur Fellowship (NZSEF) has achieved. This book documents the Fellows’ individual and collective journeys. It is amazing to follow the stories and be moved and touched by the courage and ingenuity of these inspirational social entrepreneurs.

Vivian Hutchinson, the Executive Director of NZSEF for three years, was invited to address the Social Enterprise Summit in Hong Kong as a Keynote Speaker this year and HKSEF and SE Book Hub are honoured to become the Publishing Partners of this book so that it could be made available to the delegates during the Summit.

This book has a special relevance for this part of the world if only because of the following:

I am particularly grateful to have this opportunity to work with him to enable this book to inform and inspire more people to contribute to the civic movement of social entrepreneurship.