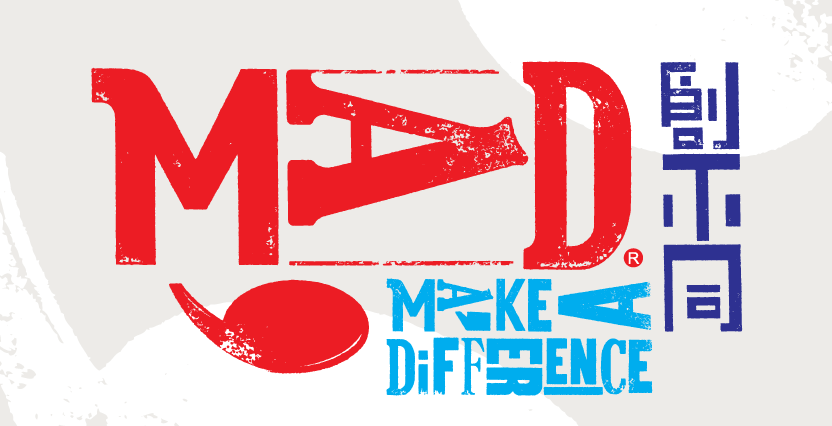 Do you have any children age between 15 and 30?

Do you have any relatives and friends in this age range you really care about?

Are you yourself in this age range?

If your response is positive to any of the above, you have to know what MaD is all about.
It’s an annual event featuring young people from all over the world who have made a difference to change the world for the better. They were invited to come to Hong Kong to share their stories and insights with young people in Hong Kong. They are inspiring individuals who have defied all odds to accomplish amazing results while still at a young age.

Just imagine how their experience could impact on the young minds. If you or your loved ones have missed the past two MaDs (the last one was held on January 21-23, 2011) , there is no reason why you should miss the third one to be held early next year.

The Why, What and For Whom of MaD

How It All Began

In late 2008, MaD as a signature event to develop creativity, innovation and “big” thinking in the young people of Hong Kong and Asia was endorsed by the Commerce and Economic Development Bureau and seed funding from the Bureau was provided for its development. In early 2009, Hong Kong Institute of Contemporary Culture (HKICC), organizer of MaD and Innofoco (founded by Rachel Chan), co-creator of MaD, did a focus group study of randomly selected young people on how they see themselves and Hong Kong.

The findings painted quite a bleak picture. Young people said Hong Kong is a stressful place with an overwhelming concern over monetary issues. Its education system discourages creativity and offers a very narrow and prescribed path for young people. They observed that people here know how to take short cuts, but are risk-averse due to fear of failure.

They see themselves as obedient and adaptable, but passive with no strong individuality. They know they possess a flock mentality and do not like to break ranks and be in the limelight. They are easily deterred and dare not think big and try new ideas. The university students interviewed were not particularly interested in their courses and are not keen to learn beyond their own area of study. They lack mentors who appreciate their potential and encourage them to follow their passion and heart.

The findings describe a pragmatic yet quite helpless generation which too easily accepts the status quo and believe that setting higher goals is unrealistic. The study, coupled with our own observations, informed MaD’s programme design and the crafting of its name, “Make A Difference” (the working title was then just a generic “New Generation Forum”).
We also came up with a MaD programme strategy with the following underlying core  values: personal discovery, empathy, choice, interdisciplinary and diversity. MaD hopes participants will not shy away from their dreams and passion. The MaD programme has integrated themes (emphasizing creativity, social innovation, entrepreneurship and civic responsibility), is connected with real world issues and offers opportunities for self-reflection and critical thinking. Participants have a choice and are encouraged to leave their comfort zone and take part in talks and activities they are not familiar with. After all, MaD is a platform for young changemakers. We hope participants will become friends and use the MaD network and suppor to start actions and projects together.

MaD is a sustainable platform which comprises a big annual event and a diverse range of smaller events and learning opportunities throughout the year. After the well received inaugural MaD 2010 attended by over 850 participants and 20 speakers, the MaD team launched “Dream It Do It” pilot workshops in the spring, organized four study tours to Shanghai for 80 MaD participants between May and October, during which they reflected on urban development and the creative industries in addition to being volunteers in the Expo’s Urban Best Practice Area Hong Kong Exhibition. In November 2010, MaD collaborated with the Social Enterprise Summit and organized MaD@SES, a concurrent track for young attendees. In the same month and alongside the Kowloon City Bookfair, MaD launched an all-night MaD movie marathon showing over 10 documentaries on the theme of “HIV+” followed by serious discussions with cultural critics.

MaD also went beyond Hong Kong and at the invitation of organizers of TEDxYue, Pecha Kucha in Guangzhou and TEDxGZ, MaD was featured and promoted to young people of the Guangdong Province.

MaD is also an online community. MaD talks are available online and have become useful teaching material for secondary schools and universities. The MaD opening trailer edited by Youku.com was watched by over 200,000 people in the evening of 28 January alone.

MaD 2011 was held on 21-23 January and attended by over 1,200 MaDees from Hong Kong, 29 provinces of Mainland China, Taiwan and Macau as well as 8 different countries including Thailand, Korea, Singapore, Malaysia, India, Indonesia, Denmark and Germany. Participants had the opportunity to listen to inspiring talks from 24 speakers, joined 19 types of workshops and 16 chatrooms where in-depth discussions with speakers are held. The following are some of their feedback:

“MaD is an excellent platform to gather like-minded people to know themselves and to understand that we can make a difference!”

“It shows me a new way to think about what I want and how to deal with the world.”

“MaD is the fuel which re-ignites your fire.”

As more people get to know MaD and are interested to join its future activities, I have been reflecting on three questions. MaD’s tagline is “Change starts with You” – but how can we ensure that young people’s inspiration to make a difference will sustain and also foster actions and projects? Young people need role models to whom they could aspire. MaD brings thought leaders, innovators and role models to young people with a fully designed and integrated programme – but when could MaD become more user-generated? At the debriefing with over 150 Mainland participants, many were asking whether MaD can be replicated in other cities. But is this about replicating and scaling, or should young people with heart try to localize and adapt MaD in their own way?

It will take time to find the right answers, and also to appreciate and measure the impact of MaD. Can it really groom a new generation of changemakers, creative entrepreneurs and social innovators? It is certainly not easy, especially in Hong Kong, where vocal post-80s who stand up for social injustice are often smeared. When young people are ready to make a difference, is our society ready to accept and applaud them as changemakers?