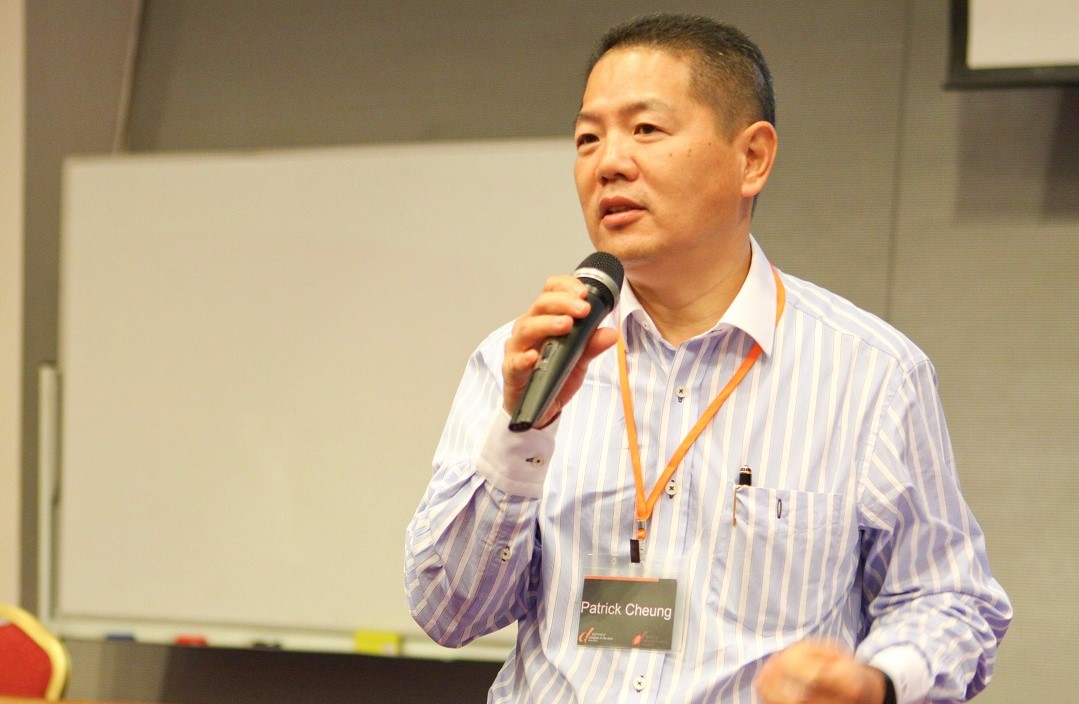 After Patrick was appointed Ashoka’s Country Representative for China last month, we asked him to share with us his aspirations and challenges in this new role. Below is what he has written:

My dream came true when Ashoka announced that I had been appointed as their first Country Representative for China. After searching for three years, I have finally found the arena for my second half life.

At the time when I decided to reconsider my goal in life three years ago, I was full of confidence that it would not be difficult to establish my new role in non-government organizations. My experience proved to be the contrary. The first thing I kept hearing was that what works for business might not work for the NGO world. Gradually I realized the need to transform my mentality from the business world of competitive advantage, core competence, strategic planning, etc into consensus building, social mission, and integrity maintenance of the civic world. I must admit going through that transformation had not been easy but it was a crucial learning lesson for me.

The second important lesson I learnt was that your past experience and your free volunteering would not automatically guarantee your right to serve and your ability to impact on an organization. Only through your dedicated commitment and continuous delivery of what you have promised will you get the acceptance of your peers. For a lot of people taking early retirement, the burden of new responsibility is exactly what they do not want. For me, I enjoy every bit of my new life with new challenges to make the world a better place.

Throughout the last three years, I got a lot of help from all the new friends I knew through my new life path. One of the key people from this group is KK Tse who helped shaping my course in pursuing a new career in servicing our community through social entrepreneurship. KK really impressed me with his total dedication and passion in promoting social entrepreneurship. His Issue 57, July 6, 2009 leadership style in motivating all volunteers and giving space for every participant has certainly set a good role model. It was KK who got me involved in Dialogue in the Dark, through which I am experiencing the joy, challenges and pain of being a social entrepreneur.

The connection to Ashoka was first established through KK’s introduction. I was invited by KK to be an Ashoka Support Network member (ASN). Through ASN, I made acquaintance with other members in different parts of the world. I admire all the good examples set by many of them. With every visit to Ashoka’s offices in London and Washington DC, I gradually shaped up my dream of using my past 28 years of experience operating in Mainland China and utilizing the rich experience and the knowledge accumulated by Ashoka to initiate positive changes in China. I have the fortune to gain the acceptance by Ashoka and I hope this would help bring my dream coming true.

The task facing Ashoka in China is huge. However there is no doubt in my mind we will succeed if we can generate local involvement and adapt Ashoka’s experience. Ashoka has vast experience in inspiring social innovation through the election of Fellows, in setting up partnerships with main stream businesses, and in creating changemakers’ organizations among the youth. We need to share our experience with our local partners and listen to their suggestions on how this experience can be applied effectively.

One dream realized and a new dream begins. I have a new dream of seeing every business in China embracing a social mission, seeing every community get involved in making their life better through positive engagement, and seeing every Chinese living in harmony in an environment they helped to build. It will be a long way to go but with our steady footsteps, we will get there eventually!

Founded in 1981 by an American Bill Drayton, Ashoka is a global association of social entrepreneurs from all over the world.

What does Ashoka do?

To ensure that the leading ideas for social change are fully developed and sustained, Ashoka has developed an approach that offers critical support on three levels—the individual, the group, and the sector.

What is Ashoka’s Mission?

Ashoka strives to shape a global, entrepreneurial, competitive citizen sector, one that allows social entrepreneurs to thrive and enables the world’s citizens to think and act as changemakers.

What is Ashoka’s Vision?

Ashoka envisions an Everyone a Changemaker world. A world that responds quickly and effectively to social challenges, and where each individual has the freedom, confidence and societal support to address social problem and drive change.

Who are the Ashoka Fellows?

Ashoka Fellows are ‘pattern-changing’ social entrepreneurs who are elected by Ashoka. Fellows received a modest allowance from Ashoka for three years and gained access to the wide range of support Ashoka made available to them to enable their work to increase in scale and impact. As of 2008, there were over 2,500 Ashoka Fellows from over 70 countries.

Are there any Ashoka Fellows in China?

How could you contribute?

If you are interested in accelerating the development of social entrepreneurship in China and contributing to Patrick’s work in this area, please write to Patrick direct at the email address above.

How to find out more about Ashoka?

Visit and study their website, which is one of the most comprehensive and authoritative sources of information about social entrepreneurship in the world.